The advent of the prophylactic vaccine for HPV 16/18 in 2006 and a nine-valent vaccine in 2015 were major steps forward in the fight against HPV-associated cancers by preventing infection by certain high-risk HPV subtypes. However, due to limitations in HPV subtypes covered by the vaccine, low adoption rates in the US, EU, and Japan, and limited access to the vaccines in developing countries, HPV infections and the disease states driven by such infections remain a major unmet clinical need.

Globally, cervical cancer is the fourth most common cancer in women and as such represents a major public health problem. In 2018, an estimated 570,000 women were diagnosed with cervical cancer worldwide and approximately 311,000 women died from the disease1.

Although the incidence of cervical cancer in developed countries is significantly lower than the global prevalence, statistics show that cervical cancer disproportionately affects all underserved populations. For example, in the US, Black women have the highest incidence and mortality, followed closely by Hispanic women2; LGBT populations may also be at an increased risk due to fear of discrimination or negative experiences with the healthcare system3. In addition, for all races, both cervical cancer incidence and poorer outcomes are higher in rural populations4. These statistics reflect the barriers to screening, diagnosis and treatment for cervical precancer due to poor access to clinics and lack of availability of specialty care. Only approximately one half of all US counties have a gynecologist, the primary provider of surgical treatment of HSIL. The challenges in finding and seeing a gynecologist result in high rates of delayed care, or no care. Antiva believes that a topical drug for that could be prescribed by general practitioners not trained in cervical surgical procedures and self-administered by patients would improve access to treatment and likely decrease mortality.

Eliminating the need for surgical or ablative treatment for HSIL would have the added benefit of reducing the incidence of subsequent adverse pregnancy outcomes; this is particularly important since women treated for HSIL are usually of reproductive age. Studies have shown that women having excisional removal of HSIL are 2 to 3 times more likely to have premature delivery than untreated women, with attendant lower birth weight, higher rates of NICU admission and perinatal mortality5. Ablative therapies generally remove less tissue but do still result in some increase in these risks compared to untreated women. A successful topical treatment for cervical precancer should eliminate these concerns.

ABI-2280 is a prodrug of an acyclic nucleoside phosphonate with known potent antiviral activity but poor cellular permeability and use-limiting systemic toxicity. Antiva is overcoming the challenges of the parent compound by applying our expertise in antiviral pro-drug chemistry and topical formulations to create a drug product that can be administered topically and that is rapidly taken up into epithelial cells. works by directly blocking HPV replication and inducing apoptosis in HPV-infected lesions, while sparing normal cells.

The lead indication for is high-grade cervical intraepithelial neoplasias (HSIL, ). Antiva is currently conducting a Phase 1 clinical study with and plans to initiate a Phase 2a study in patients with in 2022.

Currently, women with persistent HPV infection and CIN 1 are monitored with frequent office visits but are not treated. Women with pre-cancerous lesions and sexually transmittable infections who are told to “watch and wait” often experience anxiety and frustration over the lack of treatment options. A safe and effective topical therapy for CIN could enable earlier disease intervention.

“Worldwide there are more than 500,000 new cases and 300,000 deaths attributed to cervical cancer each year. This is a staggering statistic and especially tragic as there is no question that cervical cancer is a preventable disease. With a coordinated global program of vaccination, screening and treatment, cervical cancer can and should be eliminated within a generation. As a clinician, I see each case of cervical cancer as a failure on the part of the healthcare system and look forward to a time when we can claim more successes.”

Clinician and clinical scientist with expertise in HPV-related diseases 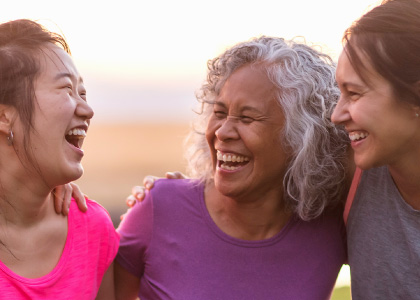